In modern industrial countries, reflux disease is one of the most common diseases of the esophagus and stomach: 20-30% of the population of these countries suffer from reflux disease and in the last 30 years, the incidence of the disease has increased tenfold. As many as 40% of these patients have one incident per month,

The most common symptoms of this disease are acid indigestion, burping or belching, dull pain or pressure behind the breastbone, especially at night (50% of patients). In as many as 15% of patients who have such symptoms and attribute them to heart trouble, the problem is actually reflux disease. Other symptoms include swallowing problems, morning hoarseness or a lump in the throat.

The main causes of this disease is a hiatal hernia, due to enlargement of the opening in the diaphragm (Fig. 1) through which the esophagus normally passes.

The esophageal sphincter, the muscle that closes the esophagus, can become displaced in the chest when the opening in the diaphragm through which the esophagus passes becomes enlarged. When this hiatus hernia is very large, even portions of the stomach can be displaced into the chest. Almost all patients with reflux disease have a hiatal hernia.
Factors that favor reflux are overweight, alcohol, smoking and sweet and/or fatty foods, along with meals taken late, shortly before bedtime. Reflux damages the mucous membrane lining the esophagus and causing reflux esophagitis. If the latter persists over a longer period, it can turn into Barrett’s esophagitis, which can be a risk factor for malignancy. 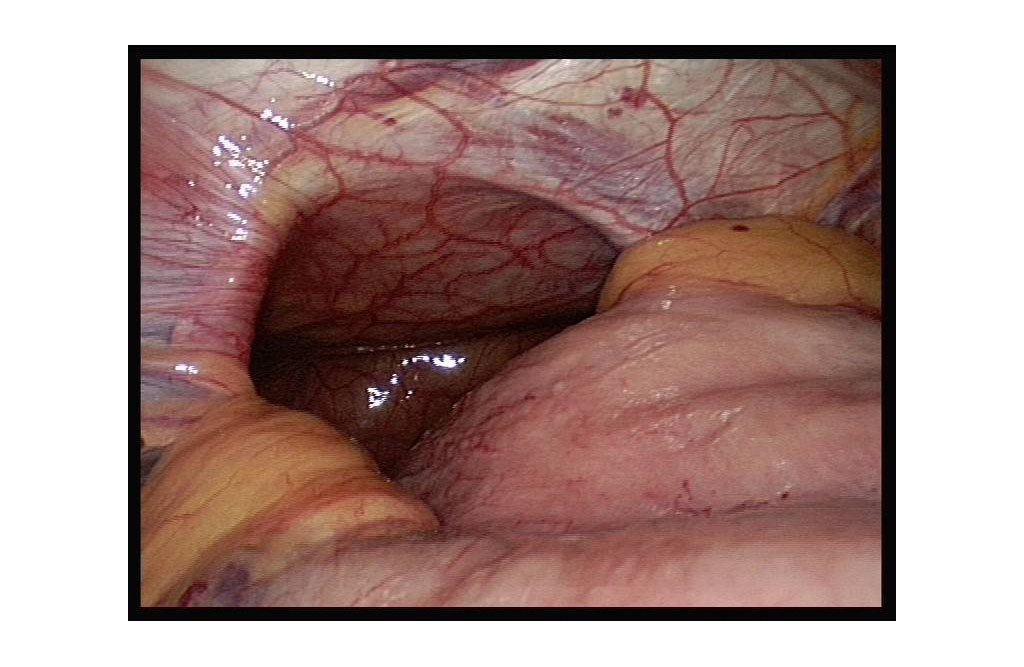 Today, reflux disease can be treated with medication or surgery, but in any case, the aim is to resolve symptoms promptly and to avoid complications. First, the patient should take some general measures such as changing the diet (more small meals rather than fewer large ones, the last meal at least four hours before bedtime, avoidance of tobacco and alcohol, no fatty foods) and elevating the head of the bed. Medication is the primary treatment of choice for reflux disease. Surgery, however, is indicated for large hiatal hernias and lung problems (chronic cough, asthma), and chronic pharyngitis.
Surgical treatment of hiatal hernia now is almost always laparoscopic. The surgical instruments are inserted into the abdominal cavity through four or five one-centimeter incisions in the skin. Then the enlarged opening in the diaphragm is reduced to a size corresponding to the diameter of the esophagus (Fig. 2) and a wrap made of stomach tissue is drawn around the esophagus where it enters the stomach (Fig. 3). This augments the sphincter function so that gastric juice can no longer flow from the stomach into the esophagus. The surgical procedure is not very painful and the patients can already take food on the evening after the operation; hospitalization averages two to five days. 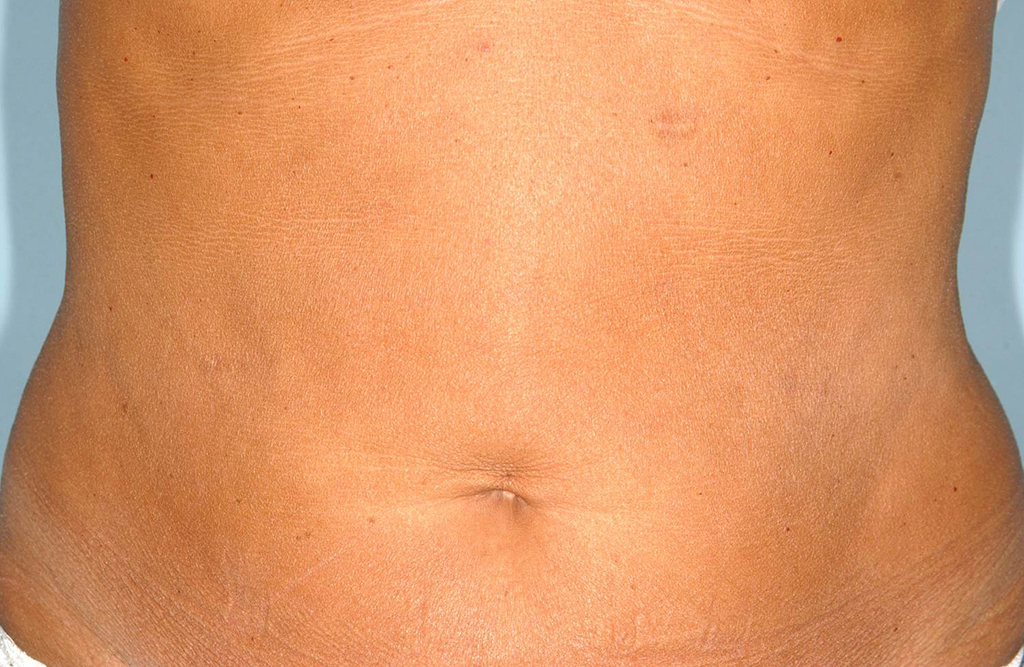 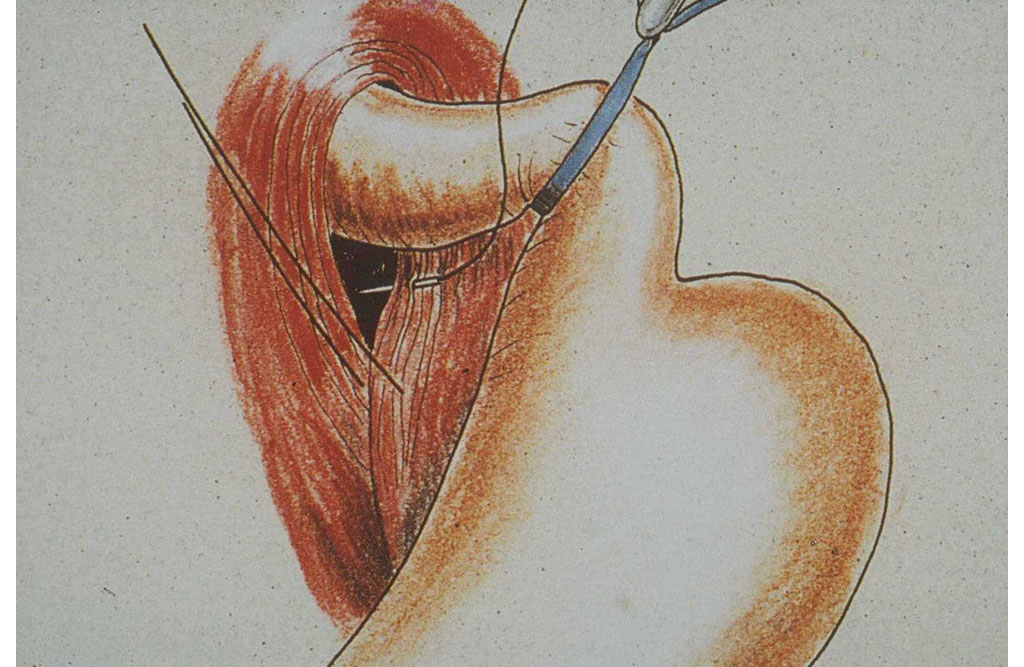 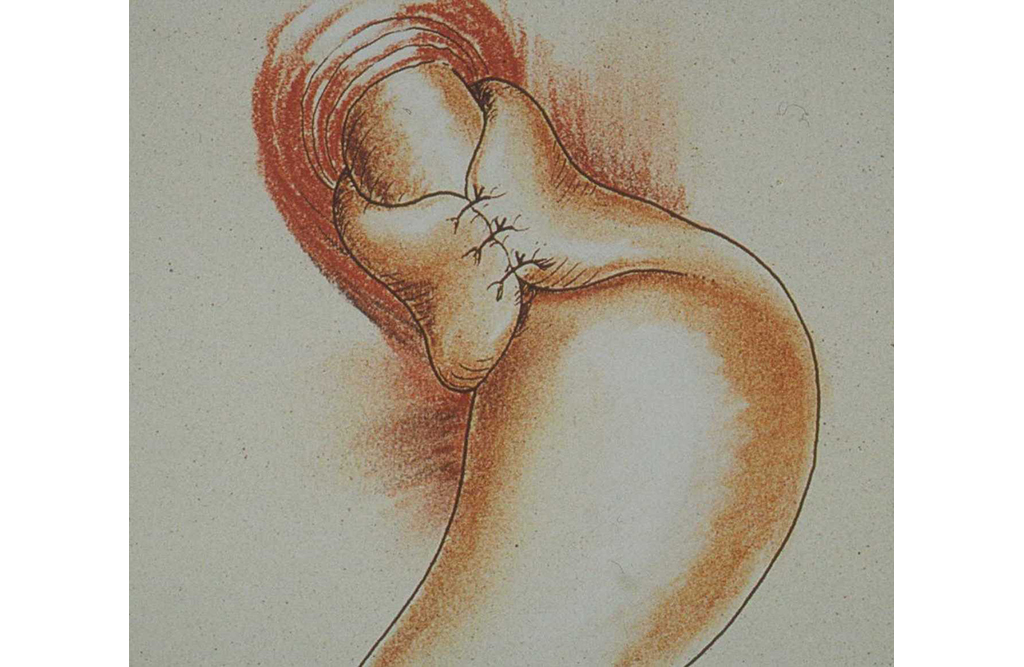